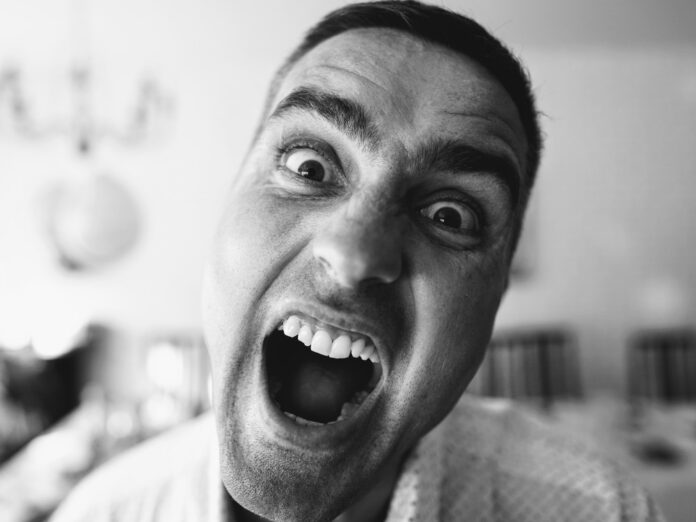 What does it mean when a stranger shouts the f-word at a queer person in the street? Michael Stevens examines the impact.

“Ya stupid faggot!” he shouted through the van window as I was walking our dog a few weeks ago.

It’s been a long time since I’ve been yelled at like that in the street.

The first time I remember was back in the early 80s when I was gender-bending my wardrobe. “Faggot” wasn’t used in NZ then, so it was “Poofter!” that was yelled at me from a passing truck as I walked down the road in black high heels, jeans and a t-shirt, with brightly dyed hair and makeup on.

It’s 2022! I was shocked, and to my surprise, shaken. The van went down the side road we live on, and I wondered if the driver lives there.

It’s scary when a total stranger screams abuse at you. But I kept on walking the dog and told my fiancé when I got home. He, braver than me, walked down the road to see if the vehicle was there. It wasn’t and I haven’t seen it since.

Make no mistake, even though I wasn’t physically beaten, this was an act of violence.

Maybe it was the dog that set him off. We have a greyhound, we put in a bright yellow coat in Winter. He looks very smart in it.

Did he really know I was gay? Hard to say. I dress much more quietly these days than I used to. Do I look gay? What does that even mean? I think I look like an average pakeha man with a shaved head, beard and belly.

I’ve examined my reaction to it over the weeks since it happened. I felt scared, vulnerable, exposed, and at risk. And I felt loved and protected by my fiancé’s reaction.

I have been physically attacked for being gay a few times, and it’s traumatic. The only reason for these attacks was because of how I was perceived. And from conversations with friends, physical or verbal abuse is something a lot of queer people have experienced at some point in their lives.

It’s not ok, and it shouldn’t be tolerated – easy to say, but am I going to confront one or more young straight men who yell abuse at me? The risks seem to outweigh any potential benefit.

I was left feeling powerless, unable to respond or defend myself. OK, they had kept driving and hadn’t stopped to escalate the event, but what would have happened if I’d yelled something back at them?

It’s depressing to think after decades of work, years of Pride marches and activism and what seems like wider cultural change, we still have to face these sorts of things. Perhaps we see it less, or perhaps I do, living on the edge of K Road, supposedly “our” part of town.

If it happened to boring middle-aged me, I can only wonder what it’s like for others who are younger, more flamboyant and more out there; as I used to be.

It does show why we need things like Pride movements around the globe. It shows why we need to be vocal and stand up for our rights. It shows that law changes alone don’t give us full freedom and the ability to go about our lives like anyone else. And it shows why some people choose not to come out. It feels dangerous. It can be physically dangerous.

Personally, I’m over the reaction of fear I had. I still walk the hound in his bright coat. But I do look over my shoulder more.