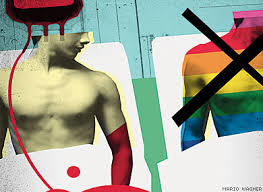 Th Food and Drug Administration (FDA) has recommended that gay and bisexual men should no longer be banned from donating blood in the United States.

The United States has operated a blanket ban on all gay and bisexual men from donating blood since the HIV/Aids epidemic in the mid 1980’s.

Now, the Food and Drug Administration (FDA) has recommended the ban be modified to only those who have been sexually active with other men in the past 12 months.

The recommendation by the FDA in the United States comes after the rules were changed in New Zealand a fortnight ago from a five year ban to a one year ban for men who have had sex with other men.