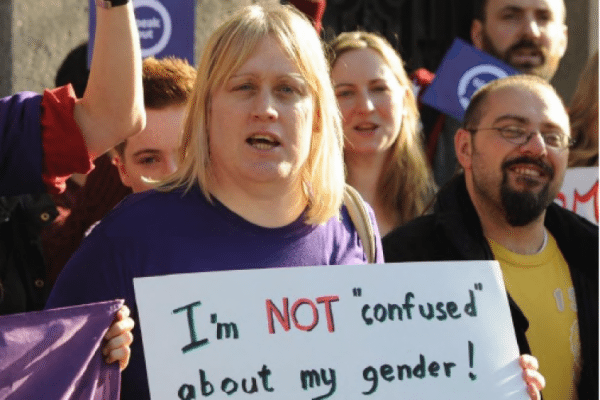 The new law is thought to be one of the most trans friendly in the world.

Trans people in Ireland will no longer have to rely on testimony from psychiatrists or endocrinologists to have their gender recognised by the state.

Instead, their self-declaration will be accepted, for the purpose of updating passports, driving licences, obtaining a new birth cert, and getting married.

Tánaiste Joan Burton announced that the Irish Cabinet had agreed that, under the Gender Recognition Bill currently before the Oireachtas, changes of gender will be come into effect by a “statutory declaration,” for those over the age of 18.

The law is thought to be among the most trans friendly in the world and will mean that married trans people will not be required to get a divorce, to have their gender recognised.