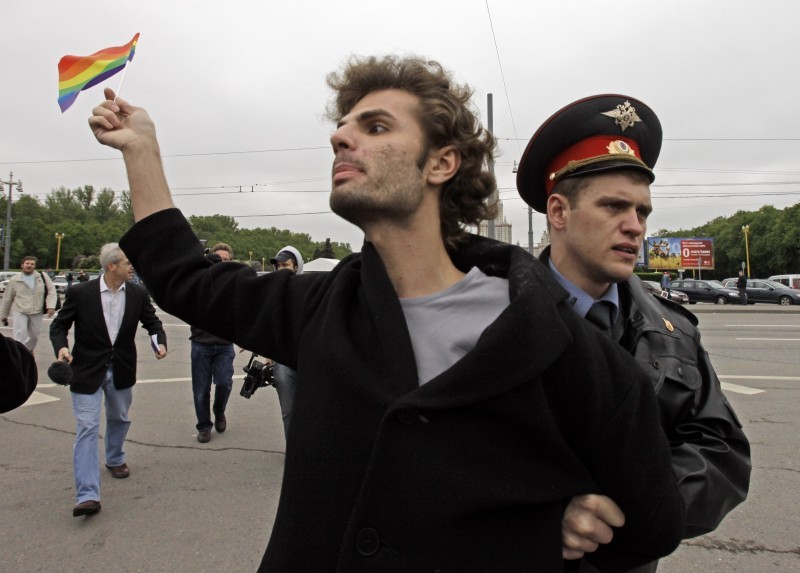 Two Russian MPs have presented a draft bill calling for people who come out as gay to serve up to 15 days behind bars.

Ivan Nikitchuk and Nikolai Arefyev are proposing a fine of up to 5,000 rubles ($110) for people who publicly say they are gay.

The two communist MPs propose even harsher measures for those who come out in educational institutions or government offices, with a proposed jail sentence of 15 days.

Speaking to the pro-Kremlin newspaper Izvestia, Nikitchuk and Arefyev say they came up with the measure because the controversial ban on “gay propaganda” to minors signed into law by President Vladimir Putin in 2013 was not proving effective.

Despite the strong support for the “gay propaganda” ban, Russian MPs are not expected to support Nikitchuk and Arefye ‘s new bill.

Under the Soviet Union, homosexuality was a criminal offence punishable by prison.