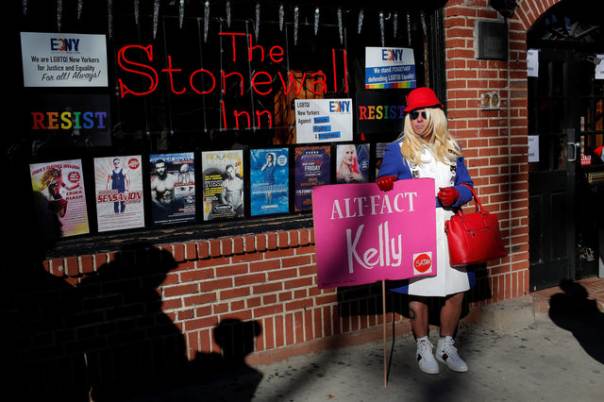 Over the weekend, thousands showed up to the historic Stonewall Inn in New York City to protest President Donald Trump.

Although the crowd was mainly LGBT+, the crowd was protesting all measures being undertaken by the White House, especially after the recent Muslim ban. As the event’s Facebook page says, the protesters “stand in solidarity with every immigrant, asylum seeker, refugee and every person impacted by Donald Trump’s illegal, immoral, unconstitutional and un-American executive orders”.

Although rumours of an executive order repealing federal trans employee’s bathroom rights have recently been quashed, all minorities, LGBT+ people included, are still worried as to what rights may still be stripped from them.

Today’s resistance brought to you by Stonewall Inn. pic.twitter.com/fMOahz3CGZ