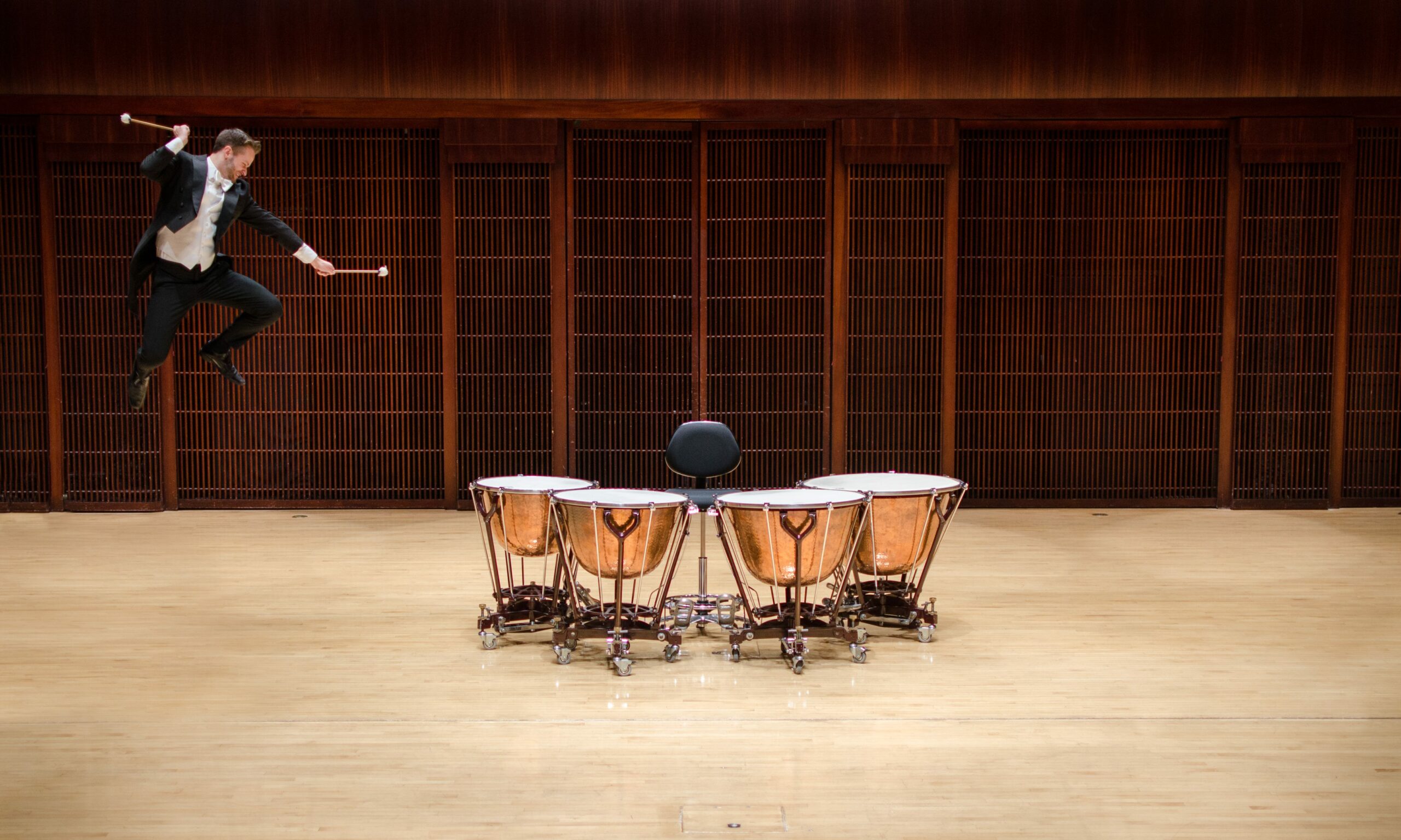 Ahead of his upcoming performance in Pushing Boundaries, express sat down with Steven Logan, Principal Timpanist of the Auckland Philharmonia Orchestra, which brings us The Rite of Spring — the centrepiece of the series, Rulebreakers.

How did you choose what instrument you wanted to play?

I’ve always thought of the timpani and percussion section as the motor in the back of the orchestra, and that was something I really wanted to be a part of. There’s an element of theatre to being a timpanist- the way we move drastically affects the sound, and as one of the few instruments that is quite visual, it gives us the opportunity to add to the excitement of a live performance by appropriating our body language to suit the music.

What is it about performing in the orchestra that you enjoy so much?

It’s the element of teamwork and unspoken conversation. What makes this orchestra so great is our ability to work as a unit and play together. By having the opportunity to play with the same great musicians week to week means that you really get to know each other’s playing and you work together to create an amazing finished product. Unlike other offices we don’t talk and have a meeting about what we’re going to do differently to make it sound better – our improvements come directly from listening to each other’s playing. All the work of learning our parts is done outside of rehearsals so that when we are together we are working to transform the sound of 60+ unique musicians with unique ideas into one cohesive orchestral sound.

What does performing in APO’s series Rulebreakers mean to you?

I find that the aptly-chosen name for this series describes what makes them cornerstones of our repertoire today. For me, performing these concerts will be about trying to get inside the head of the composer and understand what they’re hoping to achieve, particularly with their departures from the norms and highlight that as much as I can. For The Rite of Spring, that means being really as aggressive as I can – departing from a more beautiful, round sound I might use in other works. Whereas with Beethoven’s Eroica, which pushed the musical world out of the classical era and into the romantic, I’ll emphasise that by playing in a more romantic style with a much rounder, bolder sound. With Debussy’s La Mer, I will try to do his musical impressionism justice by spending a lot of time working on getting exactly the right sounds from my instrument in the acoustical environment of the Town Hall.

I have heard that you have quite the mammoth-sized job to do in Stravinsky’s The Rite of Spring. Does that excite or terrify you?

Both — one of the unique parts of hearing the APO is that, unlike other orchestras who will perform the same program multiple times a week, we’ll only be performing it the once – meaning the stakes are much higher. There’s no ‘we’ll get it next time’ element – it’s now or never. This means that each of our concerts are very emotionally charged, so it will certainly be equal parts exciting and terrifying!

Why do you think The Rite of Spring was so revolutionary when it first premiered in 1913? And it caused a riot?!

There always seems to be a cycle with classical music (and art in general). Human brains are trained to identify certain musical idioms and structures so that when we hear them, it triggers positive feelings. Pop music is so catchy because it preys on this concept – very simple, repeated structures. The ‘always knowing what comes next’ is what makes us feel comfortable. When we hear a piece of music far enough outside those identifiers, we often struggle to relate. On repeated listenings, we can begin to hear these new structures and eventually what once was difficult to listen to, suddenly becomes one of your favourites. The Rite of Spring took a French audience, who were expecting to be immediately pleased with a delightful ballet, and instead gave them, well, The Rite of Spring. While today we recognize that it’s awesome, at the time it was so far outside the ‘known ’ that it angered and offended its audience – both the music and tribal choreography. This caused an argument between members of the audience which eventually snowballed into classical music’s most scandalous reaction.

How do you think the audience will react to the performance?

Well hopefully there won’t be another riot! But if there is, can we agree not to throw anything at my timpani? Paying rent in Auckland is too expensive for me to have to try and buy new drums as well!

Check out Pushing Boundaries on 11 May at Auckland Town Hall. For tickets and more information, head over to www.apo.co.nz.