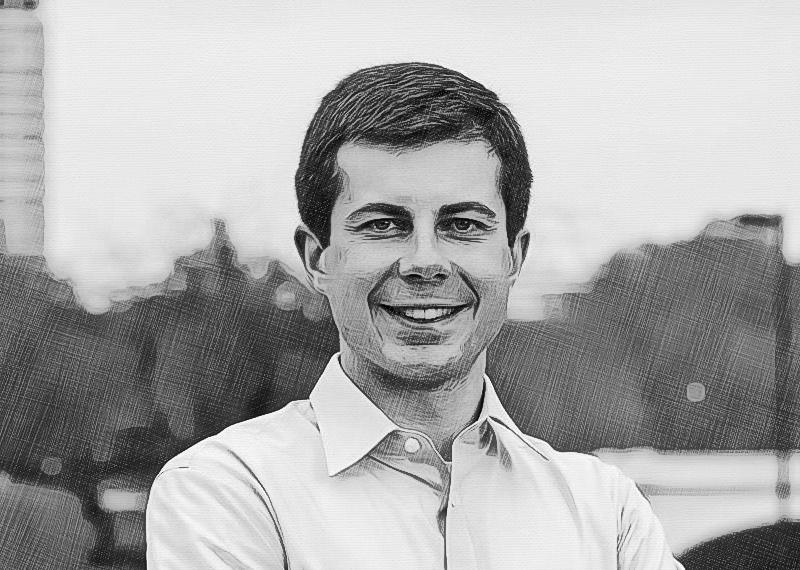 Levi Joule on Pete Buttigieg’s historic run for the US Presidency and why he might succeed.

The problem with trying to understand American politics in this country is the sad reality that most Kiwis don’t have any real clue. There are those who think watching The Daily Show makes them experts yet pick a major policy and ask them to talk for 20 seconds on it and they would probably last less than 5.

The media coverage in New Zealand sadly appeals to the lowest common denominator, where shallow characters, superficial scandals and reality TV melodrama is given prominence over policy discussions.

Which is why when Pete Buttigieg announced his run for the Presidency, the news largely flew under the radar here.

It wasn’t flashy or controversial. Rather, the speech was delivered eloquently and with a clarity of vision. He spoke of realistic aspirations and a rejection of “resentment and nostalgia” and politicians who “sell an impossible promise of returning to a bygone era that was never as great as advertised to begin with.”

Buttigieg did not take to the stage with inflammatory rhetoric, nor was he grandiose.

It was the complete anthesis of what American politics has been in recent years. Something highlighted by Buttigieg’s call to “change the channel” from the “all-consuming circus” that politics has become.

Perhaps the biggest moment of the announcement was the one at the very end, where he kissed his Husband. The fact it generated headlines in the first place tells you that whether we like it or not, the fact Mayor Pete is openly gay and running for the US Presidency was a significant moment.

The image of a gay man kissing his husband on a presidential stage was unthinkable ten years ago.

But in many ways, Buttigieg as a candidate was unthinkable ten years ago. 37 years old, Mayor of a medium-size city in the mid-western state of Indiana, Rhodes Scholar, an army veteran who served in Afghanistan and gay.

He is a shining example of LGBTQ progress.

Not that Pete Buttigieg is running as a gay candidate. Regardless,
homophobia has, of course, raised its ugly head as expected; what makes Buttigieg so refreshing is his refusal to engage with it.

In response to a protestor who followed him around in Iowa with a sign reading ‘Remember Sodom and Gomorrah,’ Buttigieg shrugged it off with a joke.

When faced with ugly intolerance and divisiveness, Buttigieg has made a point to use humour and dismiss the extremists. He’s unashamed of his sexuality and he’s not going to allow it to be used as a platform for the homophobes.

When it comes to policy, he’s a proudly progressive, but not an angry radical.

Those on either side of the now farcical culture war (which in 2019 has descended into counter trolling misogynists who bemoan female superhero characters and Twitter spats over razor blade advertisements) won’t find a friend in Buttigieg.

He’s already attracted opposition from those on the far-left fringe of his party in addition to right-wing conservatives, but that will help in the general election.

At a time in which call-out culture, reality TV melodrama and partisan grandstanding has for far too long overshadowed policymaking in the United States, Buttigieg is just what America so desperately needs.