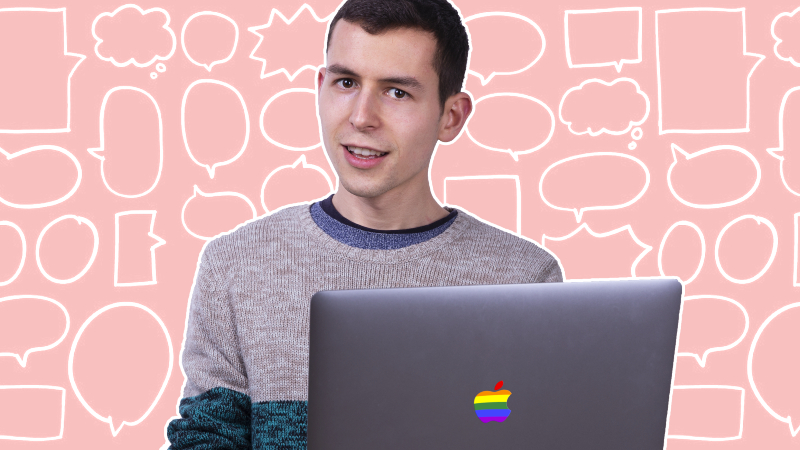 Congratulations on your 2nd Billy T nomination! Were you feeling confident about it going in?

I’ve gained a lot of experience over the past year, so I think I went into it with a bit more knowledge about the process, so I was really stoked to get the nomination.

What does the Billy T mean to you?

It’s a platform for recognition and also for getting people to come to your shows. The Billy T is quite well-known, so it’s quite a good thing to be able to say that you were a nominee or a winner.

And you’re the only queer-identifying nominee this year, so we all have to support you!

What do you think the difference is this year from your last nomination?

I feel like last year I came into this with a quirky concept about a haunted projector and wrote jokes to suit that, whereas this year I crafted my show concept around the kind of material I was writing. So it’s a more personal show this time. I’m talking about my life and my childhood. How I have lived a very sheltered life following a sheltered upbringing in Dunedin as a gay man. It’s about coming out of my comfort zone and achieving the things that I wanted to do as a child.

What’s the most sheltered thing about you?

Should I say the burger thing?

That’s up to you man, you can ‘no comment’ me if you want.

I guess that is the best example… so I didn’t try a burger for the first time until I was 19 years of age.

It was with me.

Yes, that’s right – we went together and I vlogged it, so that’s all on camera and you’ll see that in the show.

So you and I run No Homo: Queer Comedy together, can you tell everyone a bit about that?

No Homo is a queer comedy line-up show, where we get around 5 comedians each month, all queer, to perform in front of lovely queer-friendly audiences.

Why is it important to have a show like this?

There aren’t a whole lot of queer performers out there and a lot of stand-up is very straight. I think it’s great for queer performers to be able to perform in front of a supportive crowd. But also it’s important for queer audiences to see comedy that’s relatable to them from people who have a similar perspective on the world.

Yeah because straight people get to have that all the time, right? And comedy is for everyone, but sometimes it’s just nice to see yourself represented! Let’s finish off with the worst joke you’ve ever written.

I thought this was funny but it didn’t go well when I tested it out. I said, “I got broken up with recently, but met my new man the very next day. It’s like that saying goes: ‘when God closes a hole, another hole opens!’”

You can find out more about No Homo at facebook.com/queercomedynz