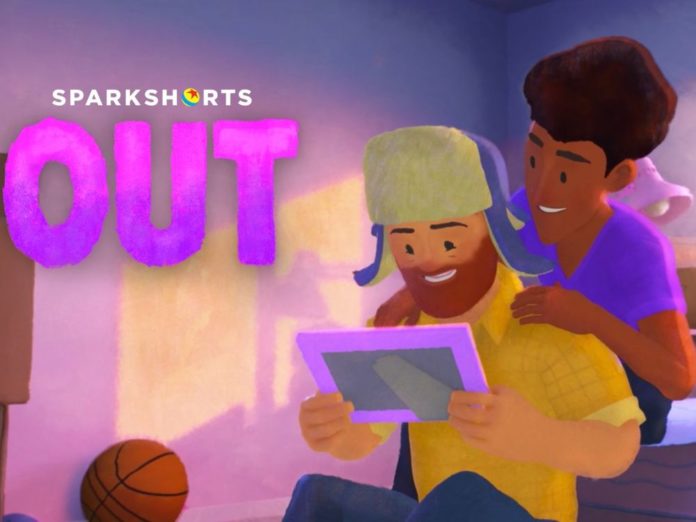 You can view the trailer for Pixar’s new gay short film OUT here.

Pixar has introduced its first-ever gay lead character in the short film Out.

Out debuted on digital streaming platform Disney+, as part of the SparkShorts series, over the weekend.

The short film tells the story of Greg who has yet to tell his parents he is gay, as he moves in with his boyfriend and is anxious after they show up to help with the move.

Out was written and directed by Stephen Clay Hunter who most recently worked on “Toy Story 4” and “The Good Dinosaur.”

Pixar Animations Studios president Jim Morris says “The SparkShorts program is designed to discover new storytellers, explore new storytelling techniques, and experiment with new production workflows. These films are unlike anything we’ve ever done at Pixar, providing an opportunity to unlock the potential of individual artists and their inventive filmmaking approaches on a smaller scale than our normal fare.”

Pixar hadn’t released a film with an openly gay character until its release of “Onward” earlier this year which featured a purple cyclops character voiced by Lena Waithe who references a girlfriend.