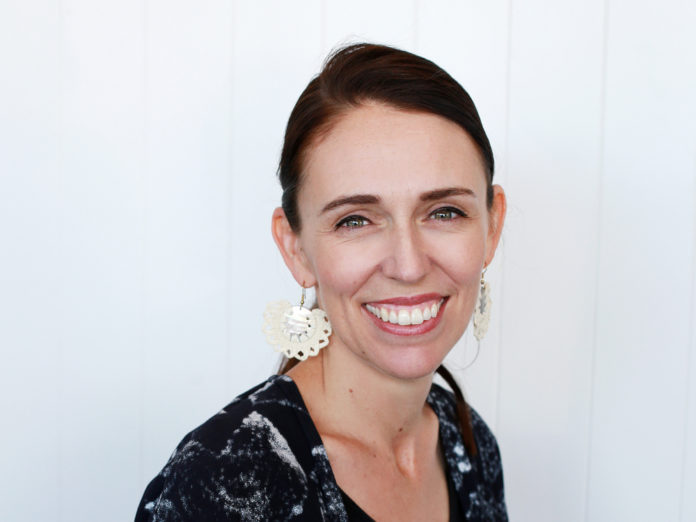 Before the Coronavirus pandemic, Prime Minister Jacinda Ardern spoke exclusively to express’ Levi Joule about Gay Conversion Therapy, gender self-ID and her long-running support for the queer community in her only LGBT focused interview this year.

For full disclosure, I first met Jacinda Ardern in 2009, when she was a newly elected MP and I was a Young Labour activist. I campaigned for her in the 2011 and 2014 Auckland Central elections.

While Ardern would be unsuccessful on both occasions (losing to now-National Deputy Leader Nikki Kaye), those contests would expose Ardern to the national spotlight and put her in the position to assume the Labour Party deputy leadership in March 2017 and then the leadership (albeit reluctantly) in the run-up to the 2017 campaign.

2011 and 2014 also showed to the wider Labour Party the sort of leader Ardern could be. There was always a sense that Ardern had the potential to lead and it was in those campaigns she showed the trademark characteristics that have come to define her premiership to date and particularly following the 2019 Christchurch mosque attacks – kindness, empathy and genuine care for people.

I’ve worked professionally for and campaigned for a number of politicians and those attributes are not as common as they should be.

There is a real conviction in Ardern’s voice when she reiterates her personal support for LGBT rights. “My support and advocacy of the rainbow community runs deep with me and goes back a very long way” she explains to me over tea at Pt Chev Beach Café.

Ardern was an early supporter of marriage equality and prior to that had her own private member’s bill pushing for Adoption Law Reform for same-sex couples in 2012. For most non-LGBT politicians, their first BGO or Pride parade is when they become the leader of a political party, but not for Ardern. The Prime Minister is a BGO veteran and says she’s been to “more than half” of them across the event’s 21-year history. Before she was leader, or even MP for Mt Albert, Ardern would show up to Coyle Park each year with her campaign caravan and a group of volunteers to oversee the Labour Party stall. 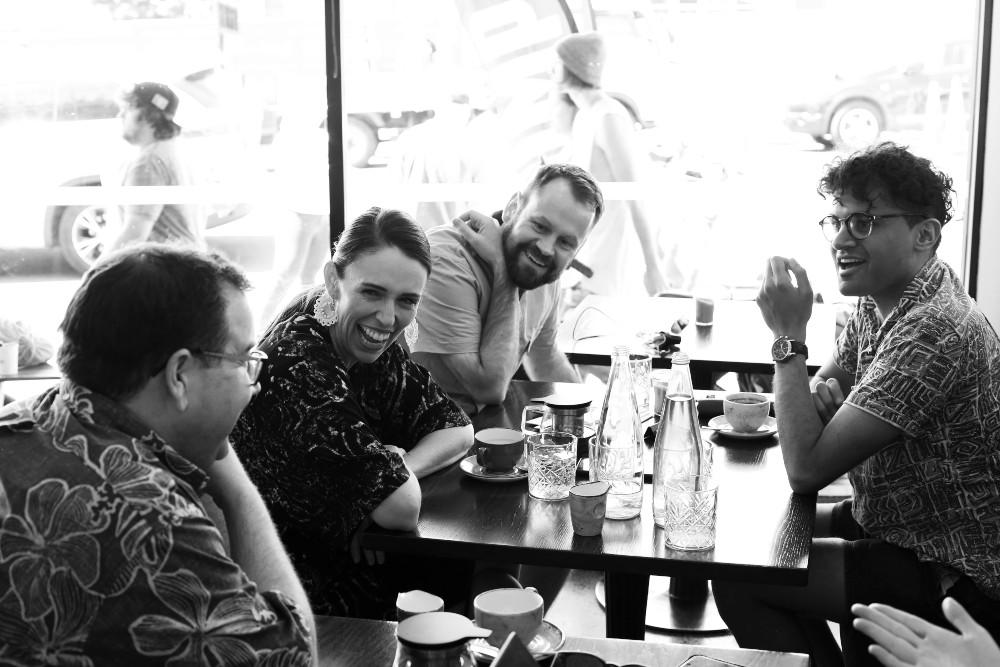 Finance Minister Grant Robertson joins us for our chat. Robertson and Ardern have been friends dating back to their days as parliamentary staffers during the fifth Labour government. In the aftermath of the disastrous 2014 election result for Labour, Ardern would team up with Grant Robertson to run on a ticket for the Labour leadership, with Robertson to serve as leader. Robertson came within 1% of making history and would have become the first openly gay leader of a major political party in New Zealand.

Robertson explains that the NZAF asked for an additional $300,000 over three years in order to conduct research around behaviour change in the post PrEP era, which the Government agreed to.

The announcement was well-received from the audience. After her mainstage appearance, the PM makes a stop at the Labour Party stall where a long queue quickly formed for punters to take selfies with the PM. I’ve never seen anything like it at a Big Gay Out before.

Despite the popularity, the PM has not been immune from criticism from more radical quarters of the LGBT community. Ardern would carefully navigate her way through the controversy surrounding the 2019 Auckland Pride parade in which uniformed police were excluded. A regular attendee of the event, the PM said the parade was at its best when it was “inclusive.” Ardern and Labour would stay away from the replacement march in 2019 to the angst of a vocal minority on the far left.

More disquiet would follow when the government announced in February 2019 that it was going back to the drawing board on its Births, Deaths, Marriages and Relationships Registration Bill, referred to as the ‘gender self ID bill’ which would make it easier for transgender Kiwis to change their gender on their birth certificate.

The bill would be worked on further after the select committee process found flaws and the Minister in charge announced there would have to be “significant changes” in accordance with advice from Crown Law.

The PM acknowledges the frustration from members of the Transgender community but says she is confident with further work that the bill will return to Parliament and pass.

“Minister Tracey Martin established a group with representatives from the LGBT community. Georgina Beyer is represented on that group along with other well-known members of the community. The last time I spoke to the Minister they said they were making good progress.”

Ardern says the reworking was needed so the legislation wouldn’t be challenged in courts resulting in individuals being made into test cases.

Robertson adds that while the bill is being reworked, the financial barriers to changing Gender ID have already gone.

The PM says the legislation is being strengthened and that if Labour is re-elected the amended bill be reintroduced to parliament.

There has been also been disquiet about the government’s position on banning gay conversion therapy. The US state of Utah had just banned the practice and as I point out to the Prime Minister, that place is hardly a bastion of progressive politics.

Ardern is adamant however that a ban on the practice will be achieved by Labour MP Marja Lubeck’s Prohibition of Conversion Therapy Bill which was placed in the ballot in November 2018.

“For it to become a member’s bill that is supported by Labour. We support it. I support it. That’s different obviously from a government bill. But it exists, it’s in the ballot.”  Ardern points out.

Ardern is aware that there is disappointment that the bill is not a government one, but she points out “for it to be a government bill, it requires all of the government to support it” signalling that while Ardern and Labour are strongly supportive, other parts of the coalition government may not be.

The Greens have been vocal in their support for a ban, so reading between the lines, it sounds like NZ First are a stumbling block. Are they opposed?  The PM is unwilling to speak on their behalf. “That’s a question you would have to put to them” is the reply to my question.

New Zealand First have yet to respond to my question.

“Obviously I support (the bill) and I’m sharing Labour’s position. It’s up for other leaders to share their position.” Ardern states.

Since the express interview in February, Germany has banned the practice and legislation has been introduced by Justin Trudeau’s government to do likewise in Canada.

Some may not be happy that gay conversion therapy has yet to be banned, but it’s unlikely to significantly impact Ardern or the Party’s standing within the LGBT community.

Reiterating the Party’s longstanding support of LGBT rights, Ardern asks LGBT voters to look at Labour’s history. “Know us by our deeds. Over decades now, the rainbow community knows our record, and, on that record, I stand very proudly.”

Ardern is referencing the fact Labour introduced homosexual law reform in 1986, civil unions in 2004 and marriage equality in 2013. Labour can also lay claim to the country’s very first openly gay Member of Parliament (and subsequent Cabinet Minister) in Chris Carter and the world’s very first Transgender MP with Georgina Beyer.

Even in Labour’s wilderness years between the end of Helen Clark’s reign in 2008 to the 2017 election, the Party was guaranteed a rock-star reception at Big Gay Outs and Auckland Pride parades – there weren’t many other places David Cunliffe or Andrew Little would be as warmly received.

Ardern isn’t satisfied with resting on the party’s prior achievements and the PM is eager to point to her own government’s achievements and aspirations for the LGBT community.  “Whether it’s the work we are doing now on adoption and surrogacy, ongoing support for the NZ AIDS foundation and PrEP or the new space we need to move into now, which is not just the equality of rights, but the equality of wellbeing. Moving into specific targeted support for mental health and wellbeing. Know us by our deeds.”

LGBT voters will, of course, be interested in Ardern’s wider deeds. The Prime Minister’s handling of the COVID 19 pandemic has received domestic and international praise for its speed and effectiveness, September’s election will decide if the wider electorate are as pleased with Labour and Ardern as LGBT voters appear to be.