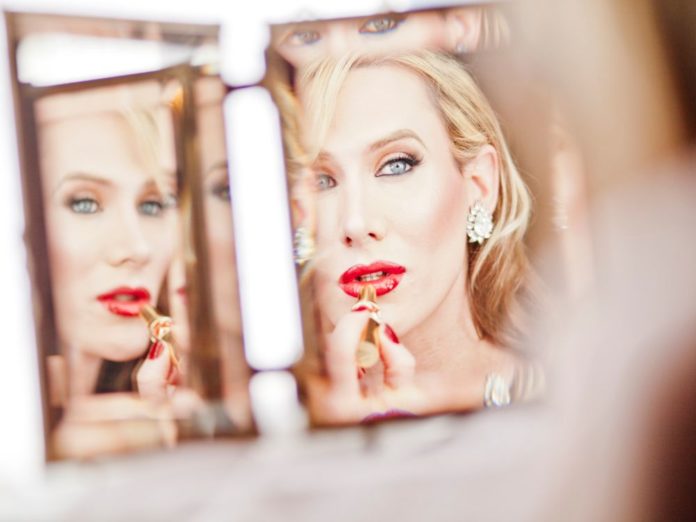 Did you know there is an unwritten rulebook that defines who can identify as trans? Judy Virago didn’t realise until she started transitioning and discovered a minefield of damaging expectations waiting for her. Here she shares the truth: only you should get to define your identity.

When I made the decision to live my life openly as a woman, I did so out of self-preservation.

I had been a drag queen for a decade at this point and identifying as genderqueer had never felt accurate or authentic. I looked at myself in the mirror and promised myself I would do what I had to, to live.

I moved away from my loved ones, took an apartment in Montreal and started presenting my version of a daytime woman to the world. I wore what I had: fried synthetic wigs, stage makeup and old show costumes.

Transphobia comes in many forms. The disapproving glance. The pointed finger. The slur. The assault. My desire to pass (as female) came from a clear and present need for safety.

At the club I worked at, a group of trans girls called me a crossdresser because I hadn’t yet started hormones. According to them, ‘true’ trans women had to have breasts.

Other trans women called that same group ‘shemales’ because according to them ‘true’ trans women had to have bottom surgery.

And Let’s not forget the cisgender critics who claim that a transwoman’s very existence and gender presentation reinforces harmful stereotypes about women. That because some of us take steps to conform to gendered expectations we therefore appropriate and oppress the female form. That transitioning from male to female is an act of violence towards women, done to invade women’s spaces.

As a facilitator for trans peer support group, Tranzform, I worked with young people who had internalised these messages.  Some even put off their own transition due to feelings of guilt, fear and shame. I have seen first-hand the damage done to the mental health of young trans people by these exclusionary tactics.

Fortunately, on my own journey, I met a few trans fairy godmothers. They recognised that we all start somewhere, and regardless of where we finish, anyone can be trans, cis, non-binary or whatever blend of gender feels true to you.

There is no right way to be either cisgender or transgender and there will always be bodies and identities that do not conform to the cis-trans construct. Gender identity is self-determined.

I am a woman because I tell you I am.

Judy Virago is a Wellington-based showgirl, educator and community consultant.