With Putin’s Military raging war across Ukraine, LGBTQ+ organization KyivPride urges rainbow communities and their governments worldwide to rally behind them and stop the war in Ukraine.

While Russia’s sudden invasion of Ukraine has been met with widespread condemnation from leaders across the world, many are calling for more to be done to stop Putin from continuing his war and further needless bloodshed.

Speaking with express just following the invasion, Oksana Solonska from KyivPride said that the rainbow community was trying to “stay safe” and is ready to “fight for our country.”

Solonska also urged people to speak up and demand tough and decisive actions from European governments.

“Ukraine didn’t start this war. But we will fight and resist.”

Solonska, who fears for the safety of her community, highlighted the stark difference of rights for LGBTQ+ people living in Ukraine and Russia, saying, “Ukraine has long taken the European direction of development and focuses on developed countries. At a time when we are at the state level discussing bills related to the protection of LGBTQ+ rights, freely going to Pride and holding rallies under the president’s office, Russia is afraid to say the word ‘gay’ on television and passes laws banning the so-called “homosexuality propaganda”.

KyivPride has also taken to social media to rally support for their community and nation, asking governments to stand up and take action against the war in Ukraine. 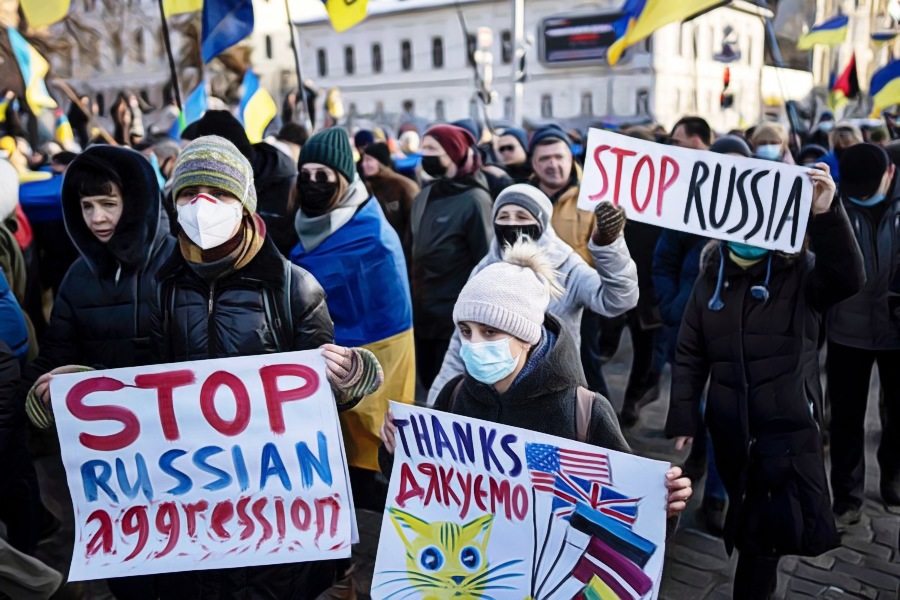 “We need to stop it now, we need to show how powerful we are all together, and Putin will stand no chance!”

To all our supporters in the world: Call on your governments to stand up and to take action against the war in Ukraine! We need to stop it now, we need to show how powerful we are all together, and Putin will stand no chance!

You can support KyivPride by following them on Facebook and keeping up to date with news and developments on their website.