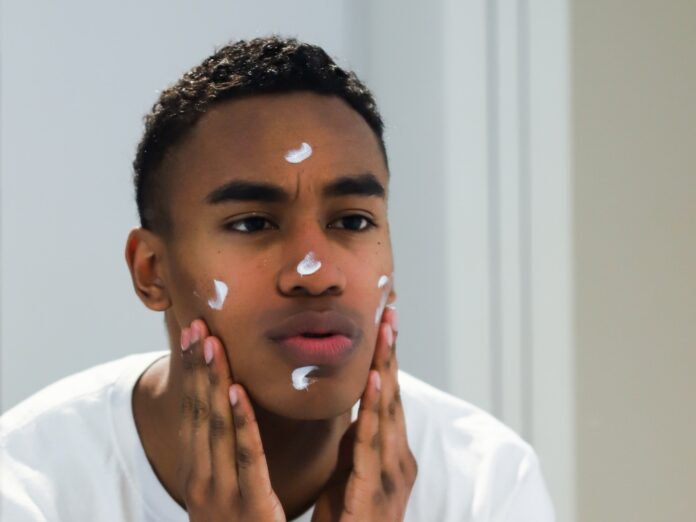 All cultures have an idea of what physical beauty is. They place value on it, and conversely on what ugly and unattractive are. Deep down how many gay men think they are actually beautiful or good enough? Michael Stevens discusses the freedom he found by finally shaking off society’s standards.

As a teenager in the 1970s who was totally freaked out about being gay, I considered myself to be plain, unattractive, and probably unlovable. Images of gay men were nearly impossible to find anywhere. The boys at school and the men I had crushes on all seemed so handsome, masculine and desirable – I thought I could never be as good as them.

I really feel sad for scared, skinny teenage me who couldn’t see he was actually pretty damn cute. And as I can now recognise, became handsome, and even hot, over time. I just couldn’t see it.

Every culture has its own ideas of what is beautiful, what is attractive and what is sexy, but today as Western media is so dominant, global ideas of ‘what beauty is’ seem to be more and more based on what Hollywood and the advertising industry is pushing. That has changed in my lifetime.

For gay men, the pressure to look a certain way is just as strong and just as oppressive as the ideas of how a woman should look. I think the apps have amplified that. Your first attempt to attract someone online is based on your profile photo. That’s how we judge everyone we scroll through. We don’t see the person. We see the image they are using to attract us.

I know I suffered a lot at times from thinking I was never good enough. There is that little insidious voice that says “Not muscular enough, not handsome enough, the wrong hair, the wrong skin”. It’s a hard thing to shake.

I compensated with how I dressed. For a time, I dressed flamboyantly, but it was the 80s by then and a lot of us did. Eye shadow, nail polish, hair moussed high and hard. Bright clothes, lots of jewellery. That evolved moving to denim, boots and a leather look, inspired by Tom of Finland, even though I didn’t believe that I have the body that seemed required. It was all compensating for what I thought I lacked.

The strange thing is in spite of my own anxiety about how I looked, so many men told me and showed me that they found me attractive, desirable and sexy. Yeah, I got around. But there was still always that little voice in my head saying I didn’t look good enough.

I still struggle with how I look. This is something I would have hoped to get beyond now I’m in my 60s and off the apps, but the relentless communication about what is hot, what is sexy, and the underlying message that this is what we should be trying to look like, is hard to fight. Physical beauty is often conflated with somehow being a good person. That outer beauty is supposed to reflect some inner virtue. And ugliness is held to reflect an internal fault.

Real beauty lies on the inside of course. There are plenty of beautiful-looking people who are horrible individuals. It’s a lesson I think a lot of gay men struggle to learn though, as we seek an impossible standard of perfection in ourselves and others.